November: here on the East Coast, it’s cool enough that the leaves–mottled and blackened in places with toxic fallout from the daily chem trails–are still turning wild colors of gold and plum and cerise and scarlet, and thoughts drift to Thanksgiving and beyond. While out there blood moons cluster, talk of war in Syria/Ukraine/Iraq waxes and wanes, ISIS confuses, viruses rise, journalists expose state lies, yet corporate power battles on for Planet Earth and all of us on it.

When the mayhem of world and national events refuses to make sense, we who write still take refuge in the written word. This fall, Delphi is pleased to feature two consummate artists of the written word, both of whom, coincidentally, pursue stillness and quiet in writing, and both of whom look to and are inspired by other arts in the books featured here–in fiction-writer Lisa Lenard-Cook’s case, by music and the words that music theory uses, in poet Katherine Smith’s case, by visual art and philosophy.  Lisa speaks with her agent Andy Ross about quietly working metaphors of music in her newly re-issued novel Dissonance, which spans across present-day New Mexico and latter-day Los Alamos to the concentration camp Terezin during the time of World War II: “More sophisticated tools of destruction have indeed led to greater scales of destruction. That’s the dissonance of the 20th century.” Katherine talks to editor Ramola D on the release of her second poetry book, Woman Alone on the Mountain, about the years distilled into her lyric poetry, her experience of motherhood as a great force and center in her life, and her pursuit of stillness and presence embodied as much by visual artists as poets: “Mondrian is an important artist for me and in some ways emblematic of the disappearance of the maker into the thinker.”

This issue also inaugurates a new feature, that hopefully is here to stay, the outspoken op-ed. Ramola D opens this feature with some ruminations on writing and speaking as positive actions, combating censorship, surveillance, and secretive 21st-century technology with same, and the encouraging operation of “morphic resonance” in the spread of positive action.

Delphi’s Interview Connector model continues with this issue, as a writer from previously-featured Andrew Gifford’s press is featured.  Essentially, every writer appearing here in Delphi is invited to interview a writer he or she knows, a model we also call on every previously-profiled writer to follow!  Whether a short interview or a long one, we’d appreciate hearing about the writers you know.

Truly, Delphi seeks to be a democratic venture and a space for many voices. We encourage writers to help spread the word about Delphi, as well as actively participate by interviewing deserving writers. Please see our Guidelines page for how to query us.

Delphi aims to step beyond the cacophony of voices of conventional “power” in the news to highlight the voices of the truly powerful thinkers, artists, actors, and visionary dreamers among us, however widely or slightly published or known they may be. We are looking for op-eds, on a subject of your choice. Please send a brief query, if interested.

Delphi hopes to expand over the next year into a full literary quarterly (publishing fiction, poetry, and creative non-fiction, in addition to interviews and op-eds), while also seeking non-profit status and funding. Delphi is in other words seeking to pay its writers and interviewers! If you’d like to be part of this expansion in some capacity, please drop a line.

Delphi celebrates the completion of two writer-filled years this issue, the last of the year, with travels between New Mexico, Washington, DC, and Boston to interview two extraordinary, accomplished, and dedicated women writers–fiction writer, memoirist, teacher, and editor Lisa Lenard-Cook of bosque (the magazine), and poet, teacher, and poetry editor Katherine Smith of Potomac Review, and to present a first op-ed from Delphi editor and writer Ramola D. Other notable firsts in this issue: A literary agent–Andy Ross–interviews a writer, and a publisher–Andrew Gifford from the Santa Fe Writers Project (SFWP), whose interview was featured in our last issue, Summer 2014–puts a spin on Delphi’s Interview Connector model by helping to feature a writer from his press. Special thanks to Andrew Gifford and Andy Ross for Lisa Lenard-Cook’s interview, and thanks to Lisa Lenard-Cook for waiting on this issue, as also to Katherine Smith for working so hard on such short notice on her interview!

Lisa Lenard-Cook talks to her literary agent Andy Ross about the re-issue of her newly reprinted novel, Dissonance, with a small press, touching on the intriguing focus of her novel, the journey of her protagonist, a Los Alamos piano teacher, as she peruses the journals and music of a World War II concentration camp survivor, and the quiet workings of musical leitmotifs through the intricacies of the story.

Katherine Smith talks to Ramola D on the just-released second collection of her poetry, Woman Alone on the Mountain, about the “centripetal force” of motherhood in her life, her deep-image poetic influences, and her passion for the visible, present world that transforms through long engagement with craft into powerful lyric poetry.

Both conversations epitomize Delphi’s interest in depth and candor, they are rich, open, generous, inspiring.

Ramola D looks to Helen Keller and the Rights of Nature movement for inspiration as she muses on combating surveillance, censorship, and undiscussed 21-st century science and technology through speaking out online.

Lisa Lenard-Cook’s PEN-shortlisted novel Dissonance, originally published by UNM Press, has just been re-issued in paperback and e-editions by Santa Fe Writers’ Project. She’s also the author of New Mexico Penwomen Zia Prize-shortlisted novel Coyote Morning (UNM Press), and the writing guides The Mind of Your Story (Writer’s Digest Books) and (with Lynn C. Miller) Find Your Story, Write Your Memoir (University of Wisconsin Press), as well as numerous trade nonfiction books. Her short fiction has appeared in Southwest Review, Rosebud, Puerto del Sol, and other journals. Lisa is a faculty member at the Santa Barbara Writers Conference and the Taos Summer Writers’ Conference, and was recently a featured writer at the National Undergraduate Literature Conference in Ogden. Lisa is a co-founder of ABQ Writers Co-op (abqwriterscoop.com), bosque (the magazine), and the Bosque Fiction Prize, and holds an MFA from Vermont College of Fine Arts.

Katherine Smith’s poems have appeared or are forthcoming in a number of journals, 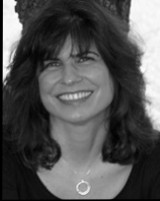 among them The Cincinnati Review, Ploughshares, The Missouri Review, Mezzo Cammin, Unsplendid, Measure, Gargoyle, The Journal of the Motherhood Initiative, Shenandoah, The Southern Review, Atlanta Review, and Appalachian Heritage. Her first book, Argument by Design (Washington Writers’ Publishing House), appeared in 2003. Her second book of poetry Woman Alone on the Mountain appeared with Iris Press in Fall 2014. She teaches at Montgomery College in Maryland and is the Poetry Editor for Potomac Review.

Ramola D is the author of Invisible Season (WWPH, 1998) (poems), and Temporary Lives: Stories (University of Massachusetts Press, 2009), awarded the 2008 AWP Grace Paley Prize in Short Fiction. Recipient of a 2005 NEA Fellowship in poetry, her fiction and poetry have appeared in various journals and anthologies, most recently in All About Skin: Short Fiction from Women of Color (University of Wisconsin Press, 2014), Kweli Journal, Kartika Review, Greensboro Review. Her articles, reviews, and writer-interviews have appeared in various forums including The Writer’s Chronicle, The Short Review, Indian Express, and The Los Angeles Review. Ramola currently lives in the Boston area, teaches art/science/creative writing workshops for kids, and, keen to save the world, most especially the USA, from run-amok corporate/fascist ruin, runs the newly-unveiled concerned-citizen petition and news website, The Everyday Concerned Citizen.

As Delphi marks the Fall of 2014 with this our eighth issue (Delphi is 2!)–we invite writers, poets, memoirists, essayists, playwrights, and filmmakers everywhere to join us–interview a fellow/sister writer or filmmaker, write an op-ed on a current issue of your choice, offer us insights into your writing residencies, centers, and workshops! If you have been interviewed in these pages, we invite you to join the Interview Connector, to follow up with an interview of your own, to introduce a wonderful and deserving writer you know to a larger audience.  Please drop in at our Guidelines page, send us your thoughts. We want to hear from you!

As writers ourselves, the editors of Delphi Quarterly envision this journal as a diverse and inclusive space for conversations on craft with writers across genres—fiction, poetry, drama, film, ecological and creative non-fiction—and across levels of accomplishment.  These conversations will highlight a single published piece of writing, whether a book, poem, essay, play, film, or story.

We invite you to join us on these pages to become part of a global conversation on writing. We are especially interested in including writers who have published a great deal but not yet published a book, authors of texts on nature and the environment, and small-press authors and translators of prose and poetry whose books are lost to time­­­­­.

Ramola D is the author of Invisible Season (WWPH, 1998), which co-won the Washington Writers’ Publishing House Poetry award in 1998, and Temporary Lives, awarded the 2008 AWP Grace Paley Prize in Short Fiction and finalist in the 2010 Library of Virginia Fiction awards. A Discovery/The Nation finalist and five-time Pushcart Prize nominee, she is the recipient of a 2005 National Endowment for the Arts fellowship in poetry. Her fiction, poetry, essays, and writer-interviews have appeared in various journals and anthologies including previously in Blackbird, Prairie Schooner, Agni, Northwest Review, Green Mountains Review, Writer’s Chronicle, Indiana Review, recently in Extraordinary Rendition: (American) Writers on Palestine (OR Books, 2015), All About Skin: Short Fiction by Women of Color (University of Wisconsin Press, 2014), and also in Best American Poetry 1994, Full Moon on K Street: Poems by Washington, DC Poets (Plan B Press, 2009), and Best American Fantasy 2007. Her fiction was shortlisted in Best American Stories 2007, and included in Enhanced Gravity: More Fiction by Washington DC Women Writers (Paycock Press, 2006). She holds an MFA in Poetry from George Mason University and a BS in Physics and an MBA from the University of Madras. She has most recently taught creative writing at The George Washington University and The Writer’s Center, Bethesda. She lives currently in the Boston area where she edits the online literary journal Delphi Literary Review, runs the media site and blog The Everyday Concerned Citizen, and the broadcast station Ramola D Reports (on Youtube, Vimeo, Bitchute) and teaches online art, natural science, and creative writing workshops at ArtCreateWrite.com.
View all posts by Ramola D »
« Poetry as Spiritual Practice, Publishing as Art, & Taking the Power of Secrets Away
Welcome to Delphi’s Third Year! »