Silence and Echoes, Music and Singing

2016, Year of the Fire Monkey, Year of Change, and also the Year of Transparency (we hope) is here with secrets on all sides unraveling. Vaxxed, the film by Del Bigtree and Robert de Niro, despite censorship from medical censors, kept from being shown at the Tribeca Film Festival, is set to open at Angelika Theatre in New York, spilling its vaunted expose of CDC cover-ups on data linking autism to vaccines. Former Bush official Colonel Lawrence Wilkerson goes on record decrying the deadly US policies of war that result in massive private profits for Defense contractors.

UFOs are no longer “officially” considered imaginary, as the CIA declassifies records dating back to the ’50s and ’60s, and sightings seem to increase worldwide. Information on the secret space program is leaked online, chem trails are increasingly outed, secret surveillance and policing programs exposed, neuroweaponry testing exposed, global depopulation programs aired–the revelations, disclosures, and unravelings will surely continue around us as we go deeper into this year, and, one hopes, transform this cliche-ridden election year into a more meaningful year of change.

This April, Delphi celebrates a joint Winter and Spring issue with an intriguing variety of poetry and prose from many poets working quietly and deeply in places near and far, recording their responses to the world in vignettes of language, thought, and image.

Travel to places in Europe, Asia, and the US with these writers–William Kelley Woolfitt, Lynn C. Miller, Alexandra van de Kamp, Diana Raab, and Susan Cohen--as you explore their words and work in these pages. Many thanks to the interviewers, Denton Loving, Elisabeth Sharp McKetta, Diana Raab, Deborah Bacharach, and Alexandra van de Kamp for bringing us these fine interviews.

As Delphi transitions toward a fuller literary offering next issue, and gears up to seek funding, you are invited to submit your own creative work for consideration. Please see Guidelines for more.

If you’ve appeared in Delphi before, please send in news of your latest publications, reviews, websites for inclusion in Writers’ News. Please send an email to Delphi anytime with Writers’ News/Your Name in the subject line.

What is the Interview Connector? Essentially, every writer appearing here in Delphi is invited to interview a writer he or she knows, a model we also call on every previously-profiled writer to follow!  Whether a short interview or a long one, we’d appreciate hearing about the writers you know.

Delphi seeks to be a democratic venture and a space for many voices. We encourage writers to help spread the word about Delphi, as well as actively participate by interviewing deserving writers. Please see our Guidelines page for how to query us.

Delphi Will Inaugurate a Full Literary Scape Next Issue

Delphi Quarterly is pleased to feature the voices of four accomplished poets and a fiction writer in this combination Winter and Spring issue.

Poets from Word Tech Editions continue the Round-Robin series begun over a year ago in these pages, with thoughtful conversations and glimpses of intriguing books.

Fiction writer Lynn C. Miller talks about her new novel, The Day After Death, which was released just this March, with writer and teacher Elisabeth Sharp McKetta.

Ekphrastic poet Alexandra van de Kamp discusses the joys of writing about paintings, photographs, and visual images with poet and memoirist Diana Raab. Diana Raab talks about the art of writing organically and with depth, of passionate subjects, with poet Deborah Bacharach.

Explore poems and websites of each writer in the section following their interviews.

award-winning poet, memoirist, blogger, and author of eight books, including two memoirs, Regina’s Closet: Finding My Grandmother’s Secret Journal and Healing with Words; and four poetry collections, Dear Anais: My Life in Poems for You, The Guilt Gene, Listening to Africa, and Lust. She has a Ph.D. in psychology with a focus on transpersonal psychology. Her forthcoming book, Writing for Bliss: A Seven-Step Plan for Telling Your Story and Transforming Your Life, will be released in 2017 by Loving Healing Press.

Woolfitt is the author of the poetry collections Charles of the Desert (Paraclete Press, 2016) and Beauty Strip (Texas Review Press, 2014/ recipient of the Texas Review Breakthrough poetry contest). His fiction chapbook The Boy with Fire in His Mouth (2014) won the Epiphany Editions contest. His poems and stories have appeared in Blackbird, Image, Tin House, The Threepenny Review, Michigan Quarterly Review, Epoch, and other journals. He is the recipient of the Howard Nemerov Scholarship from the Sewanee Writers’ Conference and the Denny C. Plattner Award from Appalachian Heritage. He is an Assistant Professor of English specializing in Creative Writing at Lee University in Cleveland, Tennessee.

Kamp, a native of the state of New York, has recently moved to San Antonio, Texas. She has been published in numerous journals nationwide, such as: The Cincinnati Review, River Styx, Meridian, Lake Effect, The Denver Quarterly, 32Poems, Court Green, and The Connecticut Review.  Her full-length collection of poems, The Park of Upside-Down Chairs, was published by CW Books in 2010, and her chapbook, Dear Jean Seberg (2011), won the 2010 Burnside Review Chapbook Contest, which was judged by Matthew Dickman.  A new chapbook, A Liquid Bird inside the Night, is forthcoming in 2015 from Red Glass Books. For six years she lived in Madrid, Spain, where she co-founded and edited the bilingual journal, Terra Incognita. 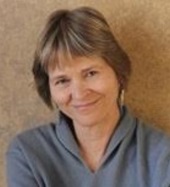 Miller‘s new novel, The Day After Death, comes out in March, 2016 from the University of New Mexico Press. Her two prior novels are The Fool’s Journey and Death of a Department Chair. Co-editor of Voices Made Flesh: Performing Women’s Autobiography, Lynn has performed the work of many women writers, including Katherine Anne Porter, Victoria Woodhull, Edith Wharton, and Gertrude Stein. Co-author of Find Your Story, Write Your Memoir, she’s taught at the University of Southern California and Penn State, and was Professor of Theatre and Dance at the University of Texas at Austin until 2007. Short pieces have appeared in North Dakota Quarterly, Hawaii Review, Phoebe, Text and Performance Quarterly, Writer’s Forum, and (in press) Chautauqua Journal.  She is the editor of the literary journal bosque.

As Delphi opens 2016 with this joint Winter/Spring issue, we expand outward this year toward fuller literary shores. Delphi’s Summer issue will feature short fiction, poetry, memoir, as well as writer-interviews and op-eds. Please send us your work. Deadlines and guidelines on the Guidelines page.

If you have been interviewed in these pages, we invite you to join the Interview Connector, to follow up with an interview of your own, to introduce a wonderful and deserving writer you know to a larger audience. Or, if you run a small press, consider setting up Round-Robin interviews with your best writers, where writers interview each other. We are also keen to have regular interviewers on board. Please drop in at our Guidelines page, send us your thoughts. We want to hear from you!

Ramola D is the author of Invisible Season (WWPH, 1998), which co-won the Washington Writers’ Publishing House Poetry award in 1998, and Temporary Lives, awarded the 2008 AWP Grace Paley Prize in Short Fiction and finalist in the 2010 Library of Virginia Fiction awards. A Discovery/The Nation finalist and five-time Pushcart Prize nominee, she is the recipient of a 2005 National Endowment for the Arts fellowship in poetry. Her fiction, poetry, essays, and writer-interviews have appeared in various journals and anthologies including previously in Blackbird, Prairie Schooner, Agni, Northwest Review, Green Mountains Review, Writer’s Chronicle, Indiana Review, recently in Extraordinary Rendition: (American) Writers on Palestine (OR Books, 2015), All About Skin: Short Fiction by Women of Color (University of Wisconsin Press, 2014), and also in Best American Poetry 1994, Full Moon on K Street: Poems by Washington, DC Poets (Plan B Press, 2009), and Best American Fantasy 2007. Her fiction was shortlisted in Best American Stories 2007, and included in Enhanced Gravity: More Fiction by Washington DC Women Writers (Paycock Press, 2006). She holds an MFA in Poetry from George Mason University and a BS in Physics and an MBA from the University of Madras. She has most recently taught creative writing at The George Washington University and The Writer’s Center, Bethesda. She lives currently in the Boston area where she edits the online literary journal Delphi Literary Review, runs the media site and blog The Everyday Concerned Citizen, and the broadcast station Ramola D Reports (on Youtube, Vimeo, Bitchute) and teaches online art, natural science, and creative writing workshops at ArtCreateWrite.com.
View all posts by Ramola D »
« Traversing Spaces of Motherhood, Loss: Transfigurings in Form and Language